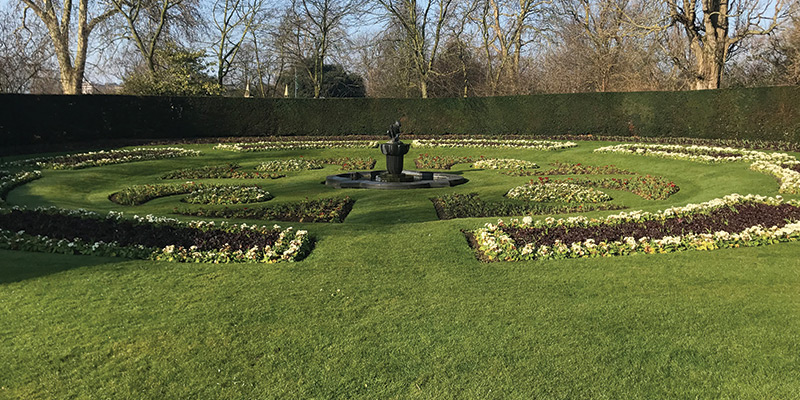 In this second installment, I continue to outline the points of interest from my trip to London earlier this spring.

The Regent’s Park — One of the London’s eight Royal Parks.

▲ Britain’s early spring was on display in late February in The Regent’s Park.

The British Museum — Opened in 1753, the museum is known for its vast volume of artifacts, including famous works of international dispute. 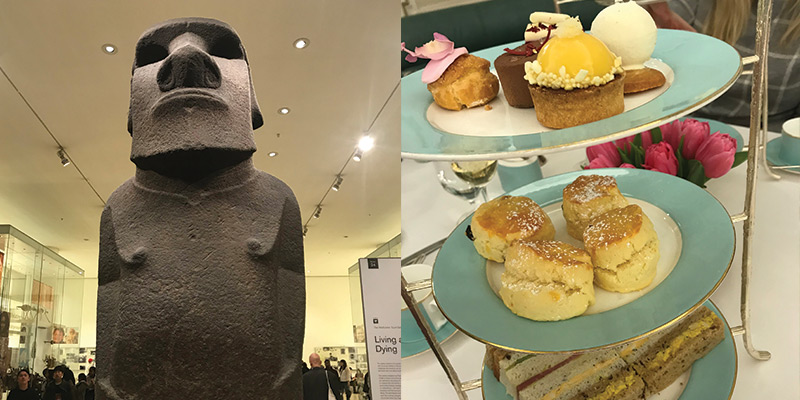 ▲ Left: Among the British Museum’s 8 million artifacts are the Parthenon Marbles (about 50 percent of the Parthenon located in Athens, Greece) and a famous Easter Island Moai (shown here) taken from the Chilean island by the crew of a British ship in November 1868. The museum’s ownership of these artifacts continues to be subject of international controversy. Right: Splurge an afternoon at Fortnum’s in the Diamond Jubilee Tea Room: Champagne, Fortnum’s famous tea blends, finger sandwiches, sweet and savory scones, and afternoon tea sandwiches. Guys, it’s not just for girls!

Regent Street —A major shopping street in the West End. 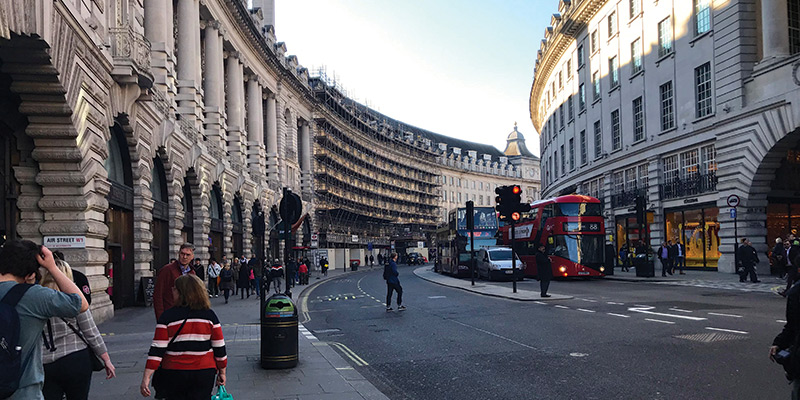 ▲ The distinctive curved roadway and buildings of Regent Street, laid out by architect John Nash in 1825.

Camden Town — A funky neighborhood with a labyrinth of open-air markets and eateries.

Hamilton at Victoria Palace Arena — A highlight for Janice and Meghan.

Steely Dan with Steve Winwood at SSE Wembley Arena — While Janice and Meghan saw Hamilton, I was thrilled to see a big rock show in London with my son.

Buckingham Palace — The official home of the monarchy is open for tours 10 weeks in the summer. 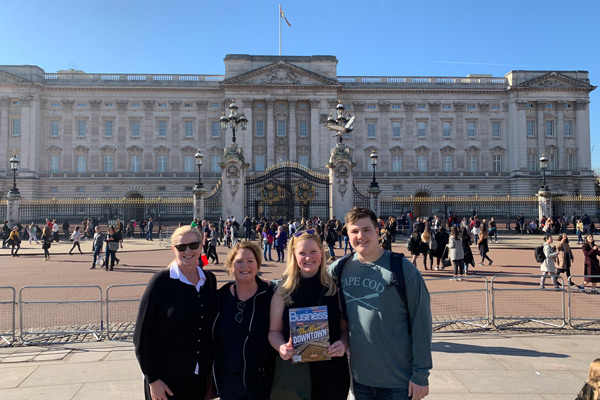 ▲ Buckingham Palace has 775 rooms:19 State rooms, 52 Royal and guest bedrooms, 188 staff bedrooms, 92 offices and 78 bathrooms. The Royal Standard flies atop the palace when the Sovereign is in residence.

The Gherkin and the IRIS Bar — Atop London’s most instantly recognizable high rise is the IRIS Bar. 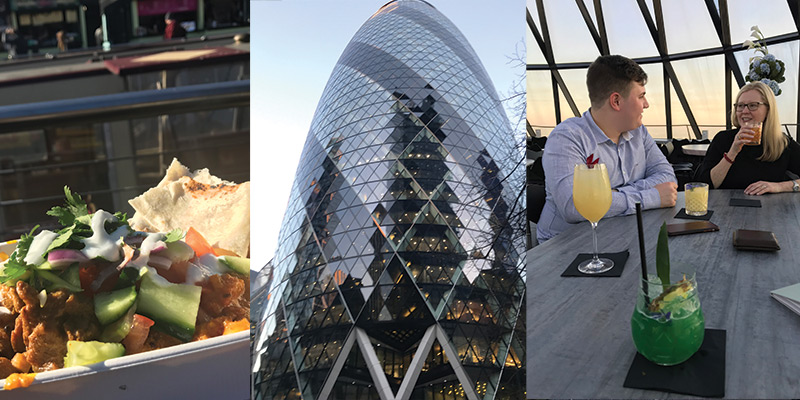 ▲ Left: Tasty Indian food along the canal at Camden Town. Middle and Right: Perched high above the city in the Gherkin, IRIS Bar offers epic 360-degree views and is open to the public by reservation.

Balthazar — The London outpost of the popular New York City brasserie; our waiter was a huge Indiana Pacers fan.

Mama Mia, Novello Theatre — The cheap seats were a treat on our last night in London.