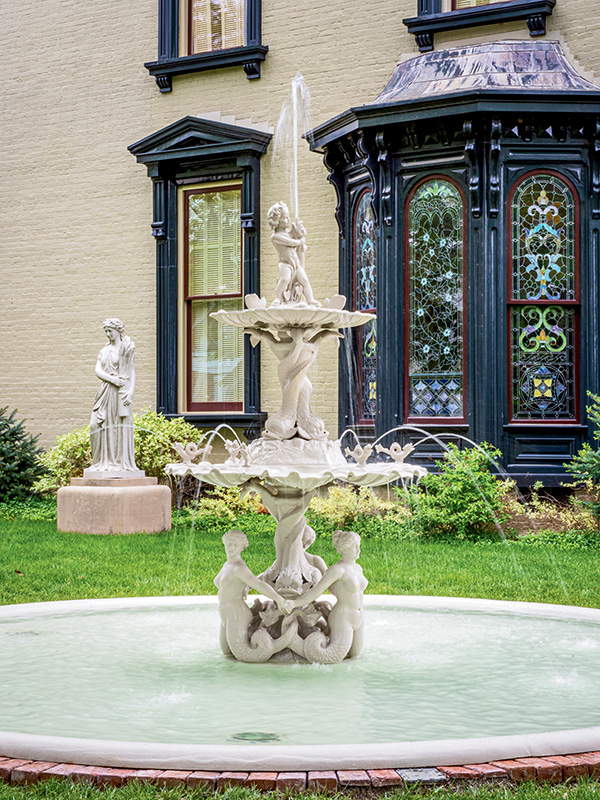 It is rare enough for a historic home to have many of its original features, such as light fixtures, stained glass windows, and statuaries. It is even rarer for a historic home, built in 1856 and extensively remodeled in 1876, to have an original residential fountain in the yard, which is what compelled Dr. Charles Hudson to purchase his historic home in the Downtown Riverside Historic District in 1984.

“Everything you see in the yard is original, and that is almost unheard of in a house that is that old,” says Hudson.

When he purchased the property, the fountain was broken apart in more than 100 pieces and buried in the yard. After all the pieces were recovered, some were welded back together while other sections had to be recast. Hudson even had to purchase another fountain just to get parts to replace ones on his historic fountain that were too deteriorated.

The entire project took about two years to complete, and since July 2018, the fountain has been flowing again beginning each spring until the fall.

“It was a herculean effort to put it back,” says Hudson. “It would have been much easier to not do it or put something else there, but since it was still there, it’s extremely unusual to have an original residential fountain.”