More than a few times a year I travel to Indianapolis for meetings, my sons’ swim meets, or concerts. While I’m fairly familiar with downtown, the city is full of neighborhoods I’ve never explored. Recently, for the annual meeting of Indiana Landmarks, I spent the weekend in the Old Northside neighborhood of Indianapolis, where the organization has been headquartered since 2011. 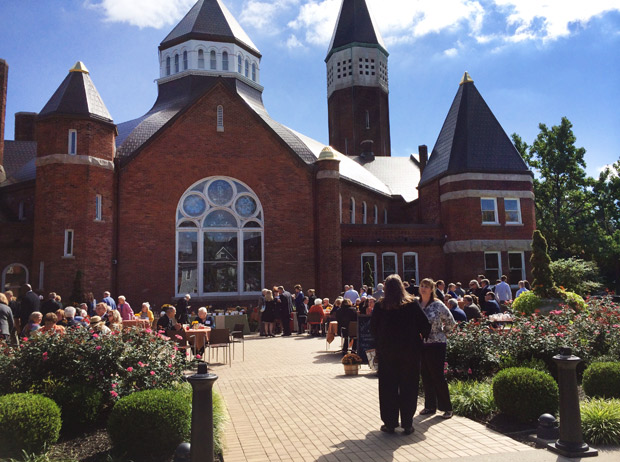 The statewide preservation organization operates in a Romanesque Revival-style complex at 1201 Central Avenue. It began life in 1891 as Central Avenue Methodist Church where for decades it housed the largest Methodist congregation in the state. When the congregation merged with another in 1999, the church was vacated.

Rescued and repurposed as Indiana Landmarks Center, the complex reopened in 2011 after a nearly $20 million renovation. The late Bill Cook, his wife Gayle, and son Carl, all of Bloomington, Indiana, directed the restoration and funded $16 million of the cost.

For this visit, I stayed near Indiana Landmarks in the Old Northside Bed and Breakfast, an 1885 Romanesque Revival structure operating as one of a handful of bed and breakfasts, or inns, on the Old Northside. The B & B was full — most of the guests attended the weekend’s Notre Dame vs. Purdue football game at Lucas Oil Stadium.

The Old Northside, listed on the National Register since 1978, is a residential neighborhood near downtown Indianapolis located between 12th and 16th Streets, and Pennsylvania and Bellefontaine Streets. At the end of the 19th century, the area was home to some of the city’s most prominent businessmen, merchants, and politicians. The President Benjamin Harrison home is located in the neighborhood. (It was closed during my Sunday stroll.) Novelist and two-time Pulitzer Prize winner for literature Booth Tarkington, grew up in the Old Northside. His most famous novel is based on the second Indianapolis neighborhood I’ll write about, next week — Historic Woodruff Place. 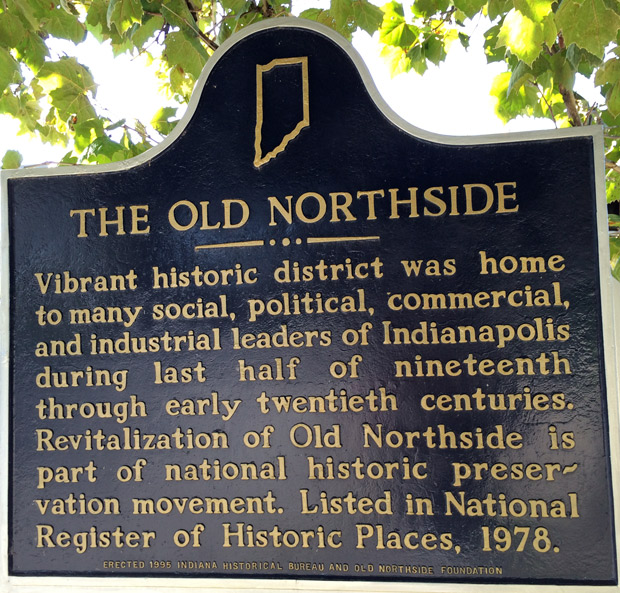